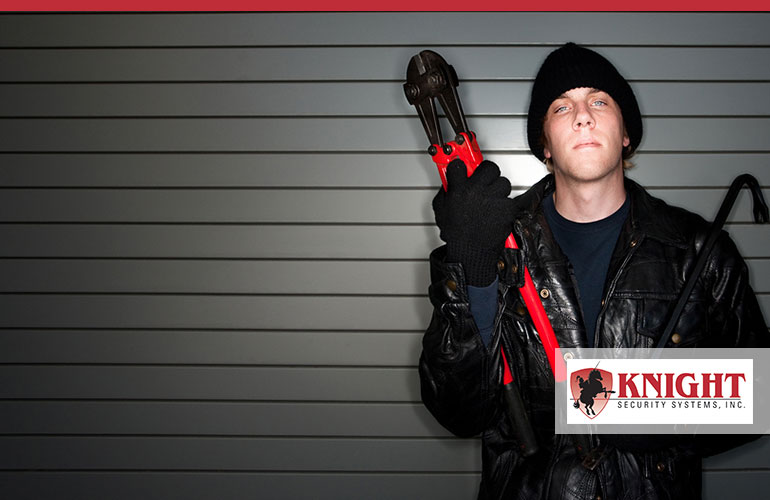 If you have ever been burglarized, perhaps you were able to glean some wisdom from the unfortunate experience. Here are some of the most common lessons learned by victims of burglary, which can be very helpful for those who are new at devising a home security plan:

Most burglars don’t want you to be home.

When you have something a burglar wants, he wants there to be as little standing in his way as possible when it comes to getting it. Often, that means he is more likely to attempt a break-in when the family is not home. However, children coming home to an empty house in the afternoon may be vulnerable if a burglar is unaware that kids are home alone. To protect your children, a remote monitoring system should be installed. It allows parents to view live video of the inside of the home from any Internet connection.

Experienced burglars have tricks up their sleeves.

For example, in an upscale neighborhood, the majority of homes are likely to have an alarm system installed. That alone may keep amateur burglars away, but “professional” intruders are experienced at cutting utility lines. That is one very good reason to upgrade to a wireless security system; a wireless system is not connected to any land-based phone line, so the signal cannot be interrupted if a burglar cuts the power lines.

Burglars can be thwarted by low-tech methods.

If you have a sliding glass door, the average burglar will go to it immediately. The good news is, you can easily thwart his efforts by placing a wooden dowel in the door channel (make sure it is cut to length so that it fills the entire door channel to prevent the door from being opened). A good, strong chain lock on the sliding glass door is also a good idea, because the factory locks are typically cheap enough be pried open by anyone who is determined to enter.

As always, a quality security system is the best way to defend your home against burglary – but in addition, learning from what burglary victims have experienced can help you make better home security plans.

Knight Security Systems, Inc. was started in 1979 by Robert E. Maley – a former Pennsylvania State Police Trooper as an independent, owner-operated security company. With many years in law enforcement, he was interested in helping people secure their homes and businesses with electronic security systems in Harrisburg and Central PA.

Follow Us
Keith Maley
President at Knight Security Systems
Knight Security Systems, Inc. is a local, family owned business based in Harrisburg, PA. We specialize in security, fire, camera's, access control systems and other low voltage products for your home or business. We have been in business since 1979.
Follow Us
Latest posts by Keith Maley (see all)
Posted in Home Security and tagged burglar alarm systems
← Dealing with Emotions After a BurglaryHow To Prevent Kitchen Fires →