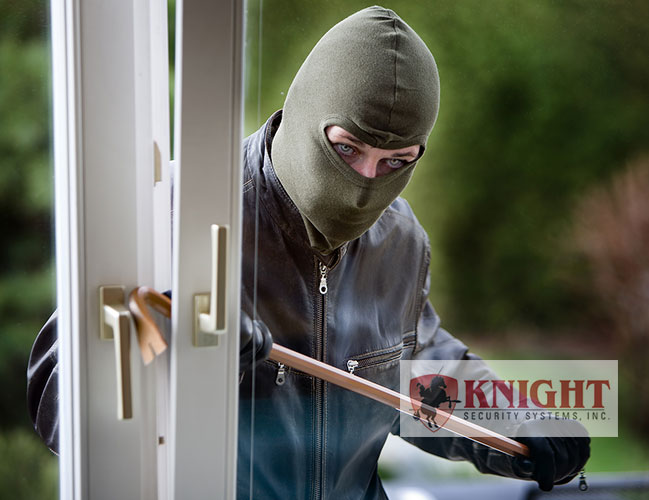 Most of us think we have a pretty good understanding about burglary but what you don’t know or mistakenly believe will surprise you. Burglary is simple. It is someone unlawfully entering your home and taking your possessions, right? Wrong. Burglary is the unlawful or forcible entry or attempted entry of a residence. This crime usually, but not always, involves theft. The illegal entry may be by force such as by breaking a window or slashing a screen. It may also be without force, such as through an unlocked door or window. And the surprising facts don’t stop there. Here are 18 more facts that will have you wanting to up your security game.

Burglaries do not fit most of the clichés most people think when they think of burglaries. Knowing and understanding the real facts surrounding this crime can help you avoid becoming a burglary statistic. From intrusion to fire and video and access control, Knight Security Systems offers the technologies that help secure your life. If you have any questions about the best ways to prevent burglary, call Knight Security Systems today.

Follow Us
Keith Maley
President at Knight Security Systems
Knight Security Systems, Inc. is a local, family owned business based in Harrisburg, PA. We specialize in security, fire, camera's, access control systems and other low voltage products for your home or business. We have been in business since 1979.
Follow Us
Latest posts by Keith Maley (see all)
Posted in Home Security and tagged burglar alarm systmes
← Seriously, These Myths Had to Be BustedSmart Locks and the Keyless Revolution →